The government should put children’s health before companies’ profits, says the outgoing chief medical officer in a hard-hitting report calling for tough action against junk food, including a ban on eating and drinking on public transport, to tackle obesity.

Dame Sally Davies, in her final report as CMO for England, said: “Today’s children are drowning in a flood of unhealthy food and drink options, compounded by insufficient opportunities for being active.

“I want to see our children’s health, not companies’ profits, put at the forefront of government policy. It is every child’s right to live in a world that promotes, not harms, their health.”

Among the recommendations are bans on promoting and advertising junk food, which would prevent deals such as that just struck between the England and Wales Cricket Board and KP Snacks. She also called for a ban on eating and drinking on public transport with exceptions for drinking fresh water and eating and drinking for medical conditions. In addition, she recommended price hikes through VAT changes on junk foods high in salt, sugar or fat, with the option of plain packaging as there is for cigarettes.

Her report, she said, “is aimed at politicians and policy makers, now and in the future”. It was intended to reframe the issue, she told the Guardian. Obesity is about children’s right to a healthy life, Davies said, adding that the public want the government to take action to deal with it and politicians need no longer fear accusations of nanny statism.

She said: “I think the polling data is pretty clear. The public think it’s time that governments acted to protect their children. Overweight and obesity is because we are all in this flood of unhealthy food marketing and advertising. We need to close those floodgates.

“It’s the right of children to live in a healthy environment and with proper nutrition. What we’ve done to date has not stopped the problem.”

Ten in every 30 primary school children are now overweight or obese. Each week the equivalent of 13 school buses of children are admitted to hospital for tooth extraction under general anaesthetic because of decay caused by sugar, she said, adding: “That’s damaging children, costing the NHS.”

In later life it leads to heart disease, cancer and type 2 diabetes.

The report said England was “nowhere near” the government’s goal of halving childhood obesity by 2030. It proposes a lengthy list of radical taxation, legislative and other changes.

Snacking on junk is common. Davies said: “It is now pretty normal to see people eating as they walk up the street. A couple of decades ago, it wasn’t. Portion sizes have crept up. £300m a year is spent on advertising unhealthy food and drink. Think about the cricket and what they’ve just agreed. It’s appalling.”

Just as governments of the past protected children from working in the coal mines or sweeping chimneys, so they must now protect them from junk food and drink, she argued. There are 1.2 million children in need of medical help for clinical obesity. As many as 90,000 adolescents may be eligible for bariatric surgery – but fewer than 10 stomach-shrinking operations are done on this age group in a year.

Davies said focusing on weight loss without changing the food environment “is like treating people for cholera and then sending them back into their homes where the water is still contaminated with cholera”.

Food companies, asked to cut the sugar in their products, could do more, said the report. Public Health England last month reported that food manufacturers had reduced sugar by 2.9% in the last year, after 2% the previous year, against a target of 20% by 2020.

Davies hits hardest at government ministers. She said in the report: “The government has a duty as well as a moral responsibility to uphold children’s rights and therefore the quality of the environment in which they live. Ministers are in a unique position of influence to shape the environment.”

In June, Boris Johnson told the Sun he was against extending the sugary drinks tax to milkshakes and in July announced a review of what he called sin taxes. Davies said her recommendations were for this government and those to come.

“I’d love him [Johnson] to show that children’s health is a priority for him and take action to protect them, as he said when he was mayor in London – so I know he believes it,” said Davies.

Chris Askew, the chief executive at Diabetes UK, said it was “an urgent and ambitious call to action. The government have committed to halving childhood obesity by 2030, but their actions so far have been insufficient.”

He added: “The bold and decisive recommendations outlined mean that this report cannot be ignored. Government must be brave and take urgent actions to affect the change we all want and need.”

Sally Warren, the director of policy at The King’s Fund thinktank, said: “The government should make full use of all the levers at its disposal to tackle obesity. Some politicians may balk at the idea of the ‘nanny state’, but research suggests these types of intervention may enjoy stronger public support than they often assume. Around two thirds of adults support the sugar tax and restricting junk food advertising, so there is a real opportunity for the government to build on Dame Sally’s report and turn these ideas into action.”

Katharine Jenner, at Action on Sugar, said Davies’s “brave call for bold action is a beacon of hope” and that there was an urgent need to take unhealthy food and drink out of the spotlight by restricting promotions and marketing. A move that she said could only be achieved through legislation.

Kate Halliwell, the head of UK diet and health policy at the Food and Drink Federation (FDF), said the manufacturers should not be targeted. She said: “FDF member companies are committing time and resource to deliver the government’s various reformulation programmes – cutting salt, sugars and calories. In fact, FDF members are selling 57.3m fewer kilograms of sugars and 1tn fewer calories than they were back in 2015.

“As Public Health England acknowledges, reformulating products takes time, and we must always take the consumer with us. We want government to support us in this work and not introduce punitive measures which might hinder it.”

The health secretary, Matt Hancock, said: “Prof Dame Sally Davies has done more than anyone to promote the health of the nation over a decade as CMO. Her parting report is no different and we will study it closely and act on the evidence.” 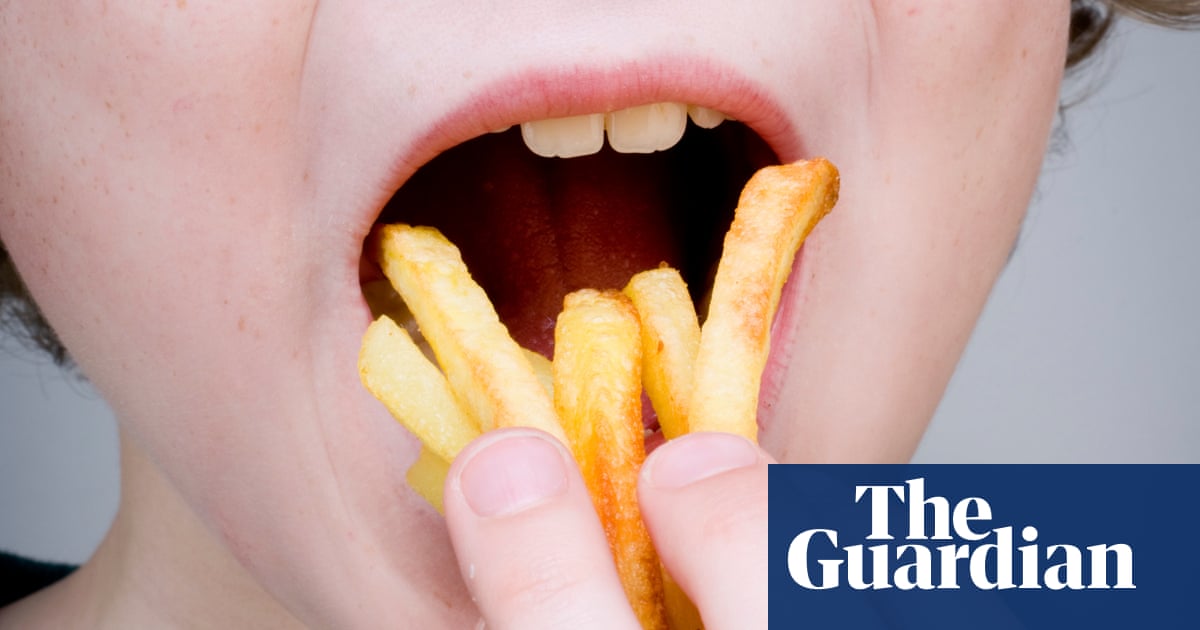