In this week’s issue of our environment newsletter, we look at a couple of apps that help reduce food waste and look at the climate policies of the federal political parties.

Hello, people! This is our weekly newsletter on all things environmental, where we highlight trends and solutions that are moving us to a more sustainable world. (Sign up here to get it in your inbox every Thursday.)

These apps help you cut food waste — and save money

This weekend, as many people stuff themselves with Thanksgiving turkey and pumpkin pie, it might be worth taking a moment to think about food waste.

When food gets thrown out and ends up in a landfill, it releases greenhouse gases as it decays. The UN’s Intergovernmental Panel on Climate Change (IPCC) reports that from 2010 to 2016, global food loss and waste contributed eight to 10 per cent of human-caused GHG emissions.

Fifty-eight per cent of food produced in Canada is lost or wasted, amounting to 35.5 million tonnes a year, according to the food rescue organization Second Harvest. A large chunk of that could actually be rescued and eaten — some of it by you. But how? Well, there’s an app for that — more than one, actually.

Flashfood is a startup that partnered with grocery giant Loblaw earlier this year to sell surplus food at a discount — typically 50 per cent or more — at hundreds of Loblaws locations across the country. Through the Flashfood app, each store posts daily offerings, including meat, dairy, bread or packaged foods that are approaching their best-before dates. Fruits and vegetables are sold as a random, five-pound assortment for $5.

Users shop and pay in the app, then pick up their order from a designated fridge at the store any time during the day.

Josh Domingues, Flashfood’s founder and CEO, said the app has more than a million downloads so far, and has diverted more than 907,000 kilograms from the landfill.

“It’ll actually dictate what I buy for dinner,” Domingues said.

For those who want to rescue food but don’t want to cook it themselves, Toronto residents have another option: an app called Feedback. It offers discounts of 15 to 50 per cent at hundreds of restaurants at off-peak times, such as between lunch and dinner and at the end of the day.

The app was founded by Toronto cousins Josh and Ben Walters. Josh was inspired by something that happened to him while he was in Italy — a pizzeria offered him free pizzas at the end of the evening, saying they would otherwise be thrown out.

He realized then that many other restaurants must face the same problem.

Flashfood and Feedback help reduce waste and greenhouse gas emissions, but also they offer a more immediate perk — a chance to save money.

What do you think are the most pressing environmental issues in Canada? Let us know. We’ll publish some of your responses in next week’s issue, the last before the federal election.

Email us at [email protected].

Old issues of What on Earth? are right here.

Climate change has emerged as a potent theme in the 2019 federal election, and each of the major parties — the Liberals, Conservatives, NDP and Green Party — has revealed its climate policies. (The People’s Party of Canada does not consider human-caused climate change a threat, and the Bloc Québécois does not have a national climate plan, but supports policies aligned with Quebec’s provincial plan.)

CBC asked Navius Research, an economic modelling firm, to project the impact of each party’s climate policy on meeting Canada’s stated goal of reducing this country’s carbon emissions to 511 megatonnes by 2030. The chart below reflects that analysis. (For a deeper dive, read CBC’s interactive feature comparing the party’s climate policies.)

Hot and bothered: Provocative ideas from around the web

Extinction Rebellion: What it is, what it wants

On Monday the activist group Extinction Rebellion blocked bridges in cities across Canada, including Halifax, Toronto, Edmonton and Vancouver.

While the climate action group may have been relatively unknown until now, it has been expanding rapidly around the world. Here’s a closer look.

What is Extinction Rebellion?

Extinction Rebellion (XR) was launched by British activists Roger Hallam and Gail Bradbrook on Oct. 31, 2018 — shortly after a report from the UN’s Intergovernmental Panel on Climate Change said policymakers have only 12 years to stop global catastrophic climate change.

The group is also concerned about findings that suggest humanity has entered the sixth global mass extinction event. XR’s symbol is an hourglass in a circle that represents time running out. Its mandate is to draw attention to the mass extinction of life on Earth and “minimize the risk of social collapse.”

How big is XR?

The group says its first protest in 2018 drew 1,500 people to Parliament Square in London. It has now spread to more than 60 countries with 350 local groups.

According to its website, there are more than 30 XR groups across Canada, at both the local and provincial levels.

What is XR demanding and from whom?

What kinds of tactics does XR use?

According to the group, it “uses nonviolent civil disobedience.” Its members’ tactics include blocking traffic on bridges and thoroughfares and glueing themselves to public buildings.

British author and environmental activist George Monbiot is a strong supporter of XR, and said the group is unlike anything he’s seen before.

“It’s really the first movement in my life that’s been of sufficient scale to address this issue,” Monbiot told CBC. “I’ve been an activist and journalist in this field for 34 years, and there’ve been lots of movements coming and going, and a lot of them have been great … but none of them has reached this scale and this impact.”

Why has this movement caught on so quickly?

Laurie Adkin, an associate professor at the University of Alberta’s department of political science, said it’s unclear why XR has grown so quickly. One possibility is that in addition to the participation of many young people, we’re seeing an older generation of climate researchers and citizens concerned about climate change taking part after decades of political inaction. Adkin also said that XR might have staying power.

“I think it has a lot of growth potential because the crisis we’re facing is truly an existential one,” said Adkin.

Are there issues you’d like us to cover? Questions you want answered? Do you just want to share a kind word? We’d love to hear from you. Email us at [email protected].

Sign up here to get What on Earth? in your inbox every Thursday. 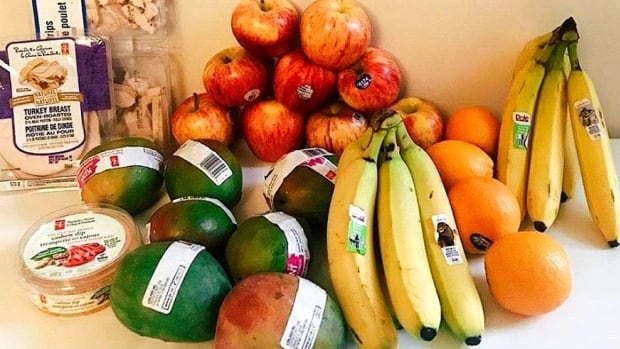